The WannaCry cyber-attack, which took place earlier this month, has made headlines all over the world over in recent weeks. Already documented as the biggest ransomware attack in history, the hackers shut down IT systems worldwide, with a staggering 75,000 attacks in 99 countries. However, of those impacted, the organisation which has been given the … Continued

Access control is the first Technical Safeguard Standard of the HIPAA Security Rules. It is described in HIPAA compliance as the responsibility for all healthcare providers to allow access only to those users (or software programs) that have been granted access rights. So no matter how much healthcare organizations spend on protecting their network perimeter, the … Continued

“UserLock is the only solution on the market that allows our organisation to fulfill the CMS compliance requirements for its government contracts. It is absolutely critical to our business in this respect, but brings with it numerous other benefits in usability and reporting functionality.” Technology Editor for Active Directory, Leading US Healthcare Insurance Provider   … Continued

Towards the end of 2014 all we seemed to hear about in the technology media was the latest nugget of information to come out of the Sony Hack. The stories mostly concerned celebrities and highlights of who happened to be the biggest divas in Hollywood, along with some embarrassing email chains involving comments from senior … Continued 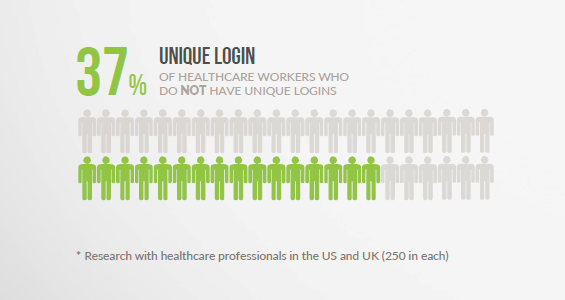 HIPAA’s Security Rule divides its protections into three “safeguard” categories: technical, administrative and physical. HIPAA technical safeguards are the foundation of HIPAA compliance, and in this post you’ll learn how both UserLock and FileAudit help meet different security requirements and better protect patient data. What is the purpose of technical security safeguards? The Technical Safeguards … Continued

“The wonderful thing about standards is that there are so many of them to choose from.” — Rear Admiral Grace Murray Hopper, pioneering computer scientist Despite HIPAA’s security rules imposing restricted access to electronic patient information and increased recent pressure from the ICO on the NHS’ data protection practices, IS Decisions’ latest research has found several reasons … Continued

IS Decisions report Healthcare: Data access compliance, highlights several issues that have a direct effect to security of information within the healthcare industry. The report follows a narrative of a user’s employment from what happens when they start employment, through the granular details of network access on to changing roles or leaving an organization. The likely … Continued

Healthcare is one of the most information intensive industries in society today, with patient data naturally being of a very sensitive nature, and the handling of that data often very complex. So to help protect this information, US medical organizations must adhere to HIPAA (Health Insurance Portability and Accountability Act), a set of regulations enforced … Continued

Anthem, the second largest health insurer in the United States, are the latest high profile victim of a major data security breach. Compromised network credentials for up to 5 employees are thought to have been used to gain unauthorized network access to a corporate database, reportedly containing a wealth of personal information on current and … Continued

Independent research finds hospitals, care providers and medical insurers experience twice as many internal security breaches in comparison to other sectors. The threat from within rife in the healthcare sector Organisations in the healthcare sector are experiencing double the average amount of internal security breaches, in comparison to all industries. The findings are based on … Continued